Try out IMPS, Processing, and Pd

In this exercise you’ll try out the Interactive Music Prediction System (IMPS) in your own NIME, or a demo NIME that’s provided with the code.

IMPS is a bit more complicated and doesn’t run from a Jupyter notebook, instead, you’ll download the source code and run it as a standalone python application. It only has a command-line interface, so you’ll need to be familiar with how to navigate around your computer in a terminal or command-line shell to do this exercise.

IMPS is written in Python with Keras and TensorFlow Probability, so it should work on any platform where Tensorflow can be installed. Python 3 is required.

You can find the installation instructions on the IMPS page as well.

First you should clone this repository or download it to your computer:

The python requirements can be installed as follows:

In addition, it’s handy to have two extra tools on your computer to try out IMPs with a demo interface:

Installers for both of these can be found on their respective websites.

1: Connecting to a musical interface

To start with, let’s connect IMPS to a simple demo NIME written in Processing (install Processing if you haven’t got it already). This is called processing_interface_demo and is contained in the midi_controllers folder of the IMPS repository.

This demo NIME consists of a 2D mousing area that controls 2 synthesiser parameters (frequency and amplitude). 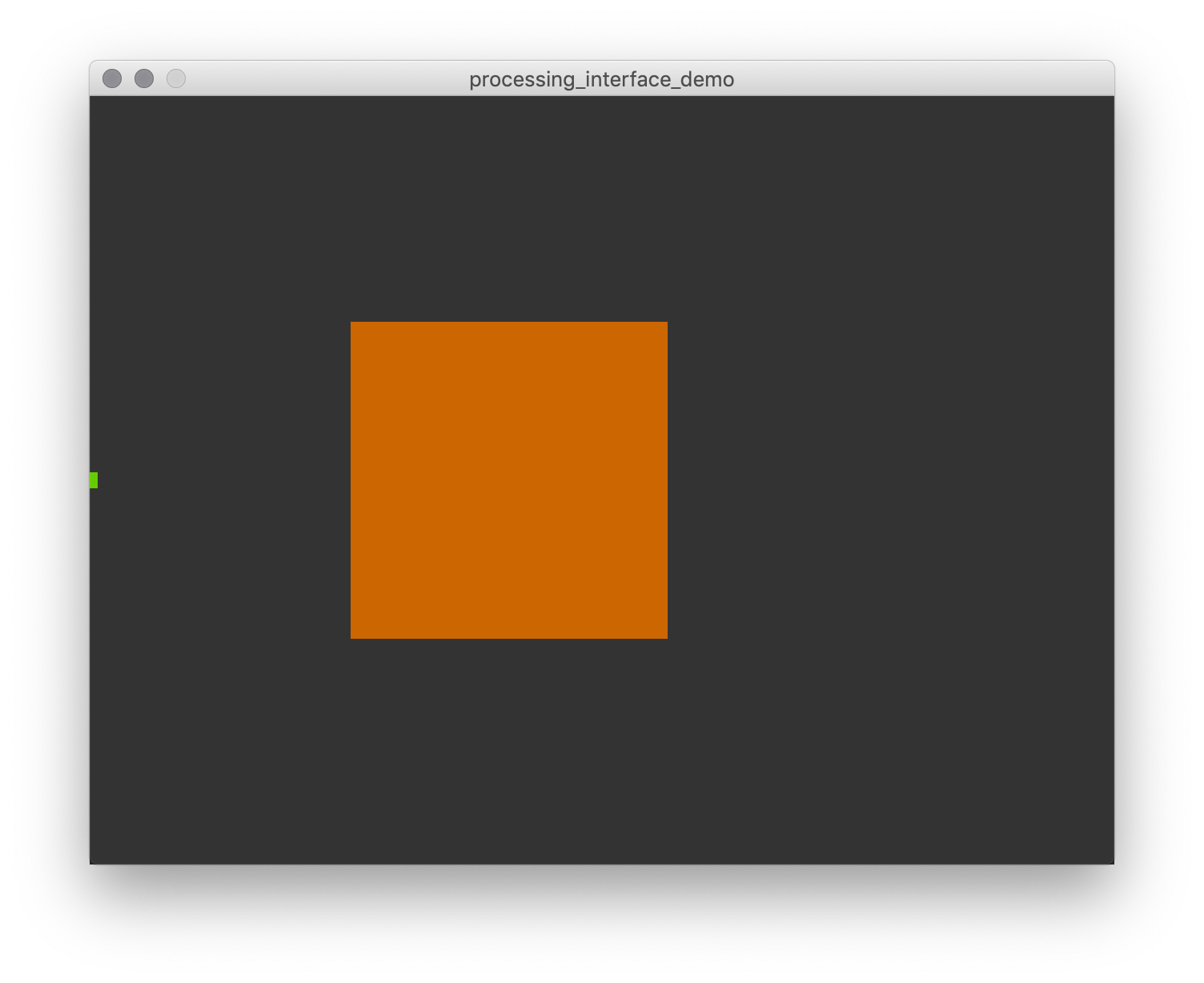 Try making some sounds with the interface to make sure it’s working.

Note that this is possibly the world’s worst NIME and that you can, and will, definitely do better. Humour me by trying out IMPS with a bad NIME for a bit before starting to make your own.

Start up IMPS in logging only mode with this command

Note that the dimension is set to “3”: this is because our interface is 2 dimensions and we need one extra dimension for time.

Play around with the interface for a while to record some data. Maybe you could try just doing a certain “style” of performance with it to train the MDRNN to reproduce a certain behaviour.

This command collates all the logs with dimension “3” in the logging directory into a single .npz file.

Now let’s do the training, here’s the command for the smallest MDRNN, with early-stopping enabled so that it doesn’t take too long. Hopefully your computer’s fan starts making a lot of noise—good!—that’s how you know it’s working!

Because we don’t have much data, and have set a very small model size, this shouldn’t take too long.

4. Perform with your model.

Now that you have a trained model, you can run this command to start making predictions:

If your interface software is still running, you should hear it play itself! cool!

There’s many ways to make this NIME better. You could make the sounds nicer, make the visual interface nicer, or just scrap it and start again in an environment of your choice! You could also

This is a bit more of a project. First of all, what kind of data does your NIME generate? Is it one or many dimensions? Secondly, when are these data generated and available for a synthesiser. Are all dimensions sent on independent timescales (like individual keys on a piano for instance) or are they all combined into one stream of data?

IMPS can only deal with messages that include EVERY bit of data from a NIME, so you might need to work on your code to get your output data into a format that IMPS can handle. There’s some more details on the [IMPS page}(/imps/).

Once you’ve figured out how to get data into IMPS you can log some interaction and train an MDRNN. Great!

So now you have a trained MDRNN, but what can you do with the predictions? WIll it play the same sounds as your regular instrument, or different ones? Will be be visualised or physicalised in some way? What benefit is there to having this data during a performances?

7. Extend IMPS and use in your own projects!